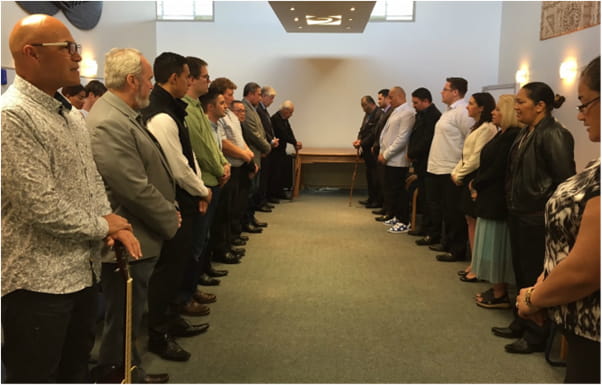 Paula comes to us with a wealth of experience in addictions, having worked as the General Manager of the Raukawa Whanau Ora Ltd, as the CEO of Quit Group Charitable Trust, as the Deputy Chief Executive Officer at the Alcohol Advisory Council and for the Accident Compensation Corporation and Housing New Zealand.

We are delighted that Paula has joined PGF and look forward to working with her to continue our mahi towards a New Zealand that is free from gambling harm.

Paula Snowden has wide state sector experience, including nine years at a general management level. Paula was Chief Executive of the Quit Group, an appointment she took up in August 2009.

Prior to that Paula was Director of Community Relationships at the Accident Compensation Corporation and a member of the Executive Leadership Team. Before ACC, Paula was General Manager in charge of a number of social housing programmes at Housing New Zealand, including social services housing development and assistance, substandard housing in rural areas and home ownership for modest income families.

She has extensive experience at the Alcohol Advisory Council where, as Deputy Chief Executive, she was principally responsible for ALAC's social marketing programme. Paula has had a number of policy roles including in the Ministry of Women's Affairs and the Ministry of Māori Development.

Paula is a member of the Board of the Smokefree Coalition and is on the Board of UNICEF New Zealand and the UNICEF Children's Foundation. Paula's tribal affiliation is Ngāpuhi.